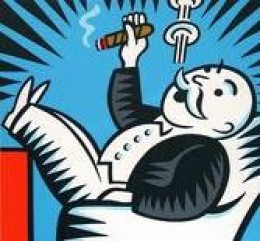 WHAT SHAPE IS SHIT? A PROFILE OF NEW TORY CHAIRMAN GRANT SHAPPS

QUESTION: Do you have confidence in the integrity of your Con Den coalition government?

QUESTION: Did you think senior politicians work to the highest moral standards when promoted to the most important government offices in the country?

ANSWER: You must be deranged

Below are details of three articles which show Grant “Shitty-Shitty Bang Bang” Shapps to be everything you ever thought a top Tory would be – Shifty, Self-serving, Bent, Duplicitous, Grubby and Money-grabbing.

Google’s blacklisted websites run by the family of the newly promoted Tory party co-chairman, Grant “Suck it and see” Shapps, for breaching rules on copyright infringement. At least 19 sites run by the wife, sister or 75-year-old mother of  “Silly-Billy” Shapps have been banned from carrying Google’s adverts and been relegated to the bottom of its search results.

The network of websites, which include

breached the rules by replicating content from other sites in a process known as “spinning and scraping” in order to jump higher up Google’s search rankings and increase advertising revenue.

The new Conservative chairman, Grant “Sticky Fingers” Shapps, appears to have found a technique to boost his Twitter followers to more than 55,000. research show that “Stinkbomb” Shapps, at regular intervals, increases the number of people he follows by as many as 5,000 and if they do not follow him back, he unfollows them.

Analysis of his activity on Twitter shows regular, sudden surges in the number of people he follows succeeded a week later by a sudden decline. The research was conducted by Yatterbox, a political marketing consultancy firm specialising in monitoring all social media activity of politicians.

Matt “F**k Me” Freckleton, managing director of Yatterbox said: “Several people have brought this to our attention and it has already made some press headlines. After doing some research we were able to compile some graphs which suggest that Grant “Stabber” Shapps – or someone with access to his account is

regularly and purposely following and unfollowing many thousands of people on Twitter. It is quite normal for anybody to unfollow people on Twitter, but when it is done in such large numbers on such a frequent basis it does raise questions as to what is going on and why.”

The activities of the new Tory party chairman, Grant “Sawn-Off” Shapps, were under renewed scrutiny after it emerged that he secretly altered his Wikipedia biography to edit out references to his performance at school, political gaffes and the identity of donors to his private office. 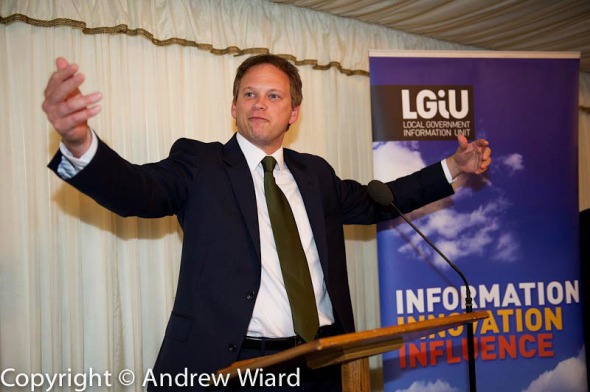 The Observer discovered that “Shyster” Shapps deleted a whole range of information from the online encyclopedia, including, curiously, a reference to his time at Watford Grammar School for boys where the site had claimed he “obtained four O-levels including an A in CDT”.

“Slug Boy” Shapps justified his edits as the removal of politically slanted or unreferenced details and by claiming “content must be verifiable”.

More controversially, however, “Screaming Lord” Shapps also struck out a section on a record of donations for his private office – again anonymously. In the original entry, the Wikipedia biography said: “It was revealed in May 2008 that Grant “Stinky” Shapps, along with other shadow ministers, had taken large donations from companies related to his frontbench portfolio … The revelations were potentially damaging for “Show-me-the-Money” Shapps given the extent of the donations he had received – tens of thousands of pounds from two online mortgage brokers, an estate agent, a commercial property developer and a firm of solicitors specialising in conveyancing and remortgaging – and the suggestion that these might be influencing Conservative policies.”

The section referred to a letter “Shitty” Shapps sent to the parliamentary commissioner in 2008 admitting that industry donations were used to run the private office of the holder of his Tory housing brief, although many were said to have been recruited during the tenure of “Simple Simon” Shapps’s predecessor, Michael “Groper” Gove. The original Wikipedia page also said: “Grant “Squatter” Shapps has also received media attention for a number of unfortunate gaffes during his time on the Conservative frontbench.”

Eat the rich – unless you’re a vegetarian…

Slimey D. Scameron is one of the most hated

Prime Ministers Britain has ever known.

This is the story of his life.

Slimey D. Scameron was neglected from a very early age.

Left out in the cold in all weathers, not a bonnet to  keep his

tentacles warm, he knew that life would always be a

terrible struggle for him.

Waiting for his dinner in the dining hall of his boarding school,

Slimey D. Scameron dreaded the bullying taunts of his classmates.

Every single miserable day, when his dinner arrived and he started

to tuck in to the lovely grub, the name-calling began —

and every single miserable day he left the dining hall in tears . Ignored and despised by scholars and…

SCAMERON’S TORIES TURN TO RIGHT – AND FALL OFF CLIFF…

In a move criticised by everybody with a brain, Prime Minister Toffy Scameron moved his so-called cabinet to the political Right yesterday by kicking out females and installing homophobes, pissheads and grinning greasy YesMen in their place.

“It’s just like being back at school,” quipped the Uber Posh Prat, as he sipped Henri Jayer Richebourg Grand Cru and had his back rubbed by Matron. 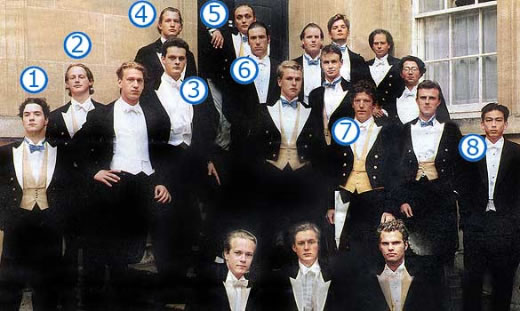 “Calm down dear – I don’t see what all the fuss is about, if God had wanted women to run the country He’d have made them slimy and untrustworthy like my pals, ” sniggered Dave ‘We’re all in this together’ Scameron. “People drone on and on about class, well this is a balanced cross-section of a typical class at Eton, and quite obviously the best men for the job, hic!”

Meanwhile the country is fucked…

Yes readers – remember where you heard the news first…