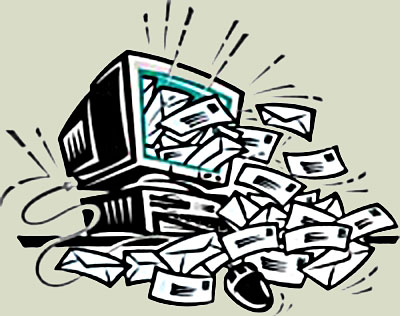 ARE YOUR UNREAD EMAILS PILING UP?

If you’re prone to worrying about leaving your emails to pile up rather than deal with them promptly, then hold on, you’re in good company.

The Pakistani secret service, the ISI, hasn’t answered theirs for over a year.

But wait you say, that’s no big deal, most emails are junk anyway. They’re probably only spam and letters from relatives raving about the holidays you weren’t invited to go on with thousands of pictures of people you never want to see again.

However, according to the Wall Street Journal, the emails are from the CIA laying out the targets and locations of the next month’s drone attacks.

And in the crazy world of counter-terrorism and international law, the US government lawyers regard this as tacit approval, because Pakistan does respond in kind.  It does this by “de-conflicting” its airspace – in normal speech – Pakistan prevents its aircraft from flying in the areas concerned. 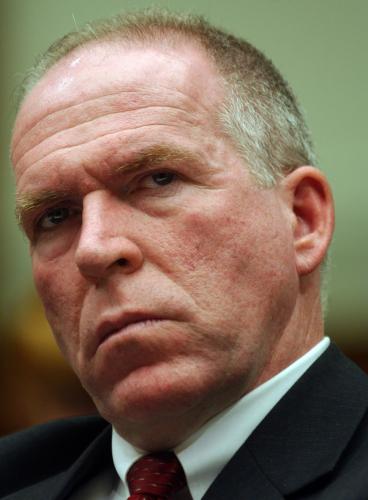 In an April speech, White House counterterrorism adviser John Brennan said the administration has concluded there is nothing in international law barring the U.S. from using lethal force against a threat to the U.S., despite the absence of a declared war, provided the country involved consents or is unable or unwilling to take action against the threat.

So that’s okay then.

Britain has colluded with the Pakistani leadership for decades as a way of stopping democratic change which would weaken the UK’s power in the region. It is the same in Egypt where successive UK governments have worked behind the scenes with the Muslim Brotherhood to prevent nationalist and liberal forces gaining power. See also the coup against a democratically elected government in Iraq orchestrated by the CIA and MI6 which put the Shah in power. Blame the ones who created this situation – blame the UK and US.

THE FATHER GOD IS DEAD – THE FUTURE IS FEMALE!

If any good is to come out of the orchestrated protests taking place across much of the Islamic world, it is surely to show the complete absence by the so-called faithful of any confidence in their god. The same goes for the crazy evangelicals and Roman Catholics railing against women’s empowerment and harmless gay people. If they had even the slightest belief that their deity was real they would leave these issues to be sorted out supernaturally and get on with their own lives. So we can be sure that the protests prove there is no god. The concept of the father God is dead – the future is female!

Next we can look and listen and see who is behind all this. On the one hand we have the men in the US who made the film “Innocence of Muslims”. 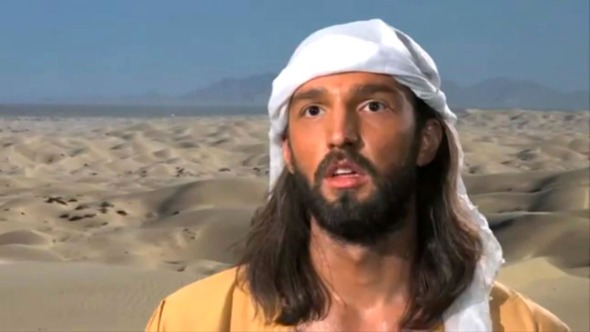 They may belong to a religion – Coptic Christianity and Zionist Judaism have been mentioned, although there is no proof of this – or it may be an intelligence agency project designed as part of a centuries-old divide and conquer strategy.

Britain and the US have played the religious fundamentalist card many times to destroy the legitimate aspirations of self-determination by many nations across the world. 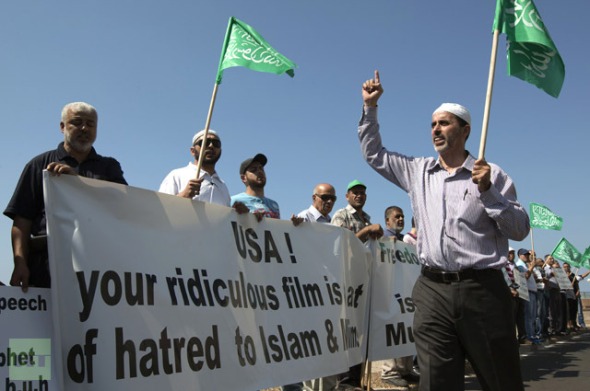 Both the US and UK have deliberately created the situations in Iraq and Egypt where theocratic regimes dominate rather than let the people find modern democratic solutions to their society’s problems. The UK has schemed with the Muslim Brotherhood for decades to counter nationalist movements in Egypt and paid Shia ayatollahs to wreak havoc in Iraq in order to keep cheap oil flowing under the rule of the evil Shah.

Similarly, the US traded with the ayatollahs in post-revolutionary Iraq in order to buy weapons and pay for their illegal war against the democratically elected Sandinista government in Nicaragua.

Oliver North wasn’t acting alone folks – it was a deliberate US policy.

And what about Saudi Arabia?

Saudi Arabia has spent more money on promoting their monstrous Wahhabist version of Islam than any PR project, ever. 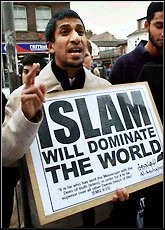 Everybody I’ve asked to guess which is the biggest PR campaign, has come up with reasonable answers like ‘Coca-cola’, ‘Soap powder’ or ‘Volkswagen’ but it’s those lovable old sheiks – the House of Saud. Britain and more recently the US have created and buttressed this evil state with one reason in mind…

Successive US and UK governments have known full well, all along, what the Saudis were doing and they just let it happen.

Remember what nationality most of the 9/11 hijackers were? Which nationalities gave most money to Osama Bin Laden to fund al Qaeda? Yep – Saudis. Yet both US and UK bigwigs bend over backwards to congratulate the Saudis for being ‘moderate’ and a bulwark against ‘extremism’.

Next in line for funding and supporting extremism comes Pakistan, another state created and supported by the West. Pakistan’s ISI created and still supports the Taliban and Haqqani network yet our government hails it as a partner in the fight against terrorism.

Even a cursory reading of the histories of South America and the Middle East will confirm the above, but how many people actually investigate things for themselves?

While folk are caught in the maze of religion they have no time to learn their own history and how the elites have fooled them so many times and for so long. They debate endlessly about unanswerable questions while the men in control continue to build their empires.

The Greeks were already discussing mathematics, physics, astronomy, geometry, philosophy, drama, criticism and poetry, among other things, over 2,500 years ago and had invented the gymnasium, democracy and some brilliant architecture.

I don’t mean to argue they created all this from scratch as they obviously built on earlier work by the Babylonians, Egyptians and others. Also the Indus and Chinese cultures were also investigating these and other areas of knowledge.

But Islam – in its present Saudi-sponsored form, earlier versions were much more enlightened – and modern Christianity are taking us down an intellectual one way street, a cul-de-sac, a road to nowhere.

That is why both religions oppose the empowerment of women – they know that as women become more educated and powerful they will take our species towards enlightenment and away from warfare and domination.

So they try to stop women having control over their own bodies and thus control of reproduction, because they know that whoever controls reproduction, controls the future.

The religious and political leaders are only too aware they need new workers, congregations and soldiers, so attempt to keep women ignorant and powerless – but they’re fighting a losing battle.

That is why I wrote my satirical novel, DOG Sharon: The Future is Female (DOG is an acronym for Daughter Of God).

The book is an attack on male-defined religions and the use of violence as a political system.

Supporters of the present system claim there is no alternative but they know this isn’t true. Evidence for this can be seen in how they kill and imprison activists the world over. They know the general trend of history is toward self-expression and self-determination so they murder, repress and lie to hold back the tide.

But as the clever King Canute showed his ignorant followers hundreds of years ago, time and tides halt for no man…

THE FUTURE IS FEMALE

Are Muslims Even Madder than Christians?

Tensions rise between Muslim and Christian communities amid claims that 11-year-old desecrated text.

On Sunday, houses on the backstreets of Mehrabadi, an area 20 minutes’ drive from western embassies and government ministries, were locked with padlocks, their occupants having fled to already overcrowded Christian slums in and around the capital.

Readers of this blog will know I like to satirise religion and ridicule folks that get carried away praising their invisible gods, but this is perhaps the maddest and most evil development imaginable.

These poor folk – see where they live below – have so little understanding of life and their place in it that some call for an 11-year old girl to die for allegedly burning a few scraps of paper.

In a move that makes the US government seem almost sane, Muslims claim the girl has insulted their religion.

Rifta Masih was arrested on Thursday, after complaints against her prompted angry demonstrations. Asif Ali Zardari, the president, has ordered the interior ministry to investigate the case.

900 Christians have had to leave their houses and the brave few that remained find local Muslim shopkeepers will not sell them food and water.

Local Christians claim this has been made up to serve as a reason for ethnic cleansing.

It’s worth remembering here that Muhammad – alleged founder of Islam – married approximately a dozen females including slaves and young girls. Sadly females are still treated appallingly in many Muslim societies.

To me this proves the so-called religion is based on nonsense or its adherents would be so insecure. Remember the Danish cartoon affair? 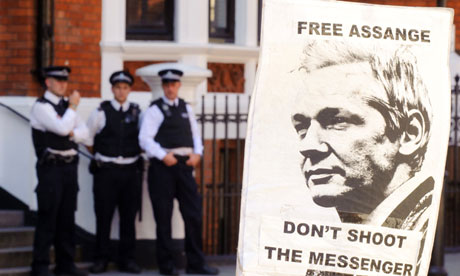