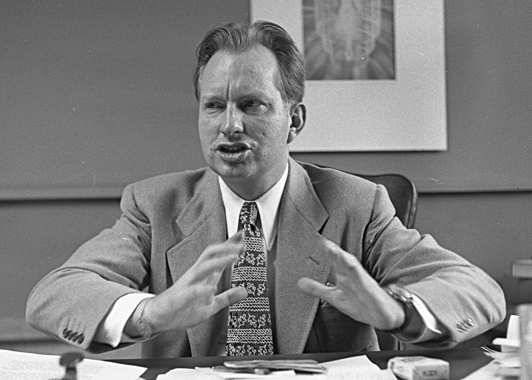 Scientology was developed by sci-fi scribbler L. Ron Hubbard as a successor to his earlier system, Dianetics. I’ve read some and it’s absolute bollocks. 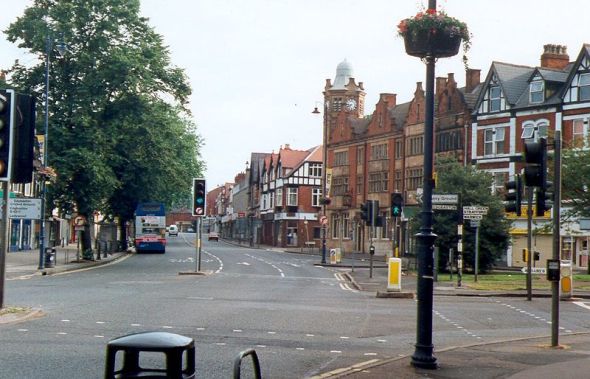 Back in the 80’s I lived in Moseley, Birmingham, UK and there was a Scientology shop in the village. The woman in the next flat had terrible acne, low confidence and was taken in by the cult. After she moved away we looked through some of the group’s materials and letters she’d left and were dismayed to see what nonsense it was and how exorbitant the cost of ridiculous books.

To cover this up, Scientology uses litigation against its critics, and has been condemned for harassment.

In 2005, Scientology claimed eight million members, but a survey by the City University of New York found only 55,000 people in the US. In 2008, the American Religious Identification Survey found that the number had dropped to 25,000.

Scientology teaches souls (“thetans”) reincarnate after living on other planets before coming on Earth, but ‘higher’ teachings are not revealed to practitioners until they have paid thousands of dollars to Scientology. They teach these on their own ships. 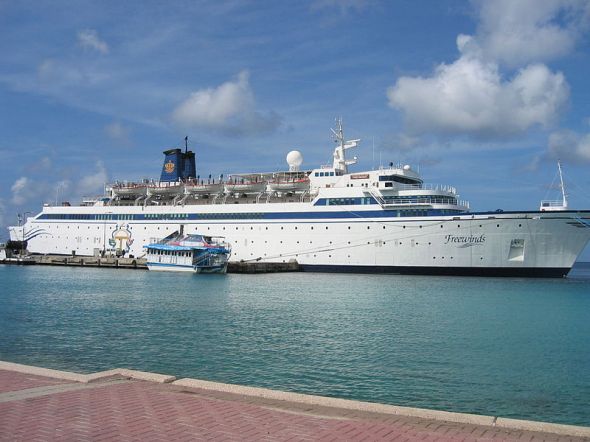 Among these advanced teachings is the story of Xemu or Xenu, the tyrant ruler of the Galactic Confederacy. 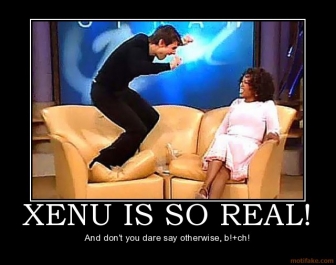 Apparently, 75 million years ago, Xenu brought billions of people to Earth in spacecraft, stacked them around volcanoes and then detonated hydrogen bombs. The thetans then clustered together, stuck to the bodies of the living, and still today.

Scientologists claim increased spiritual awareness and physical benefits are gained through counselling sessions called auditing. Through auditing, Scientology claims people can solve their problems and free themselves of hang-ups. 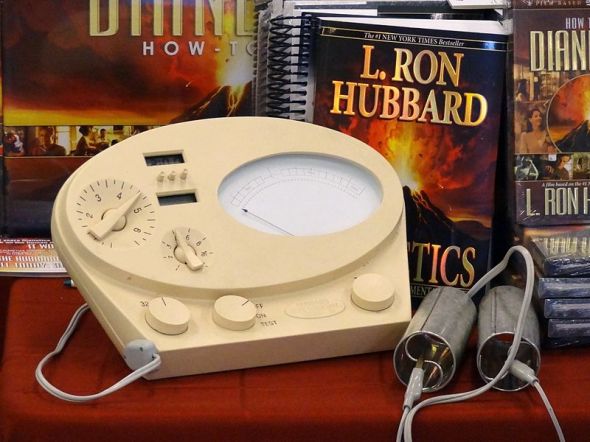 Once these are worked through the person is called a ‘Clear’. Most of the concepts associated with the “E-meter” and its use are regarded by the scientific and medical communities as pseudoscience. An up-to-date model costs $4,650.00

When the US Internal Revenue Service was considering whether to grant tax-free status, The New York Times claimed Scientology funded a campaign which used a whistle-blower to publicly attack the IRS, as well as hiring private investigators to look into the private lives of IRS officials. The IRS cited a statement frequently attributed to Hubbard that the ‘way to get rich was to found a religion.’

Journalists, courts, and governmental bodies of many countries claim Scientology is an unscrupulous commercial enterprise that harasses its critics and brutally exploits its members. Time Magazine published an article in 1991 which described Scientology as “a hugely profitable global racket that survives by intimidating members and critics in a Mafia-like manner.” 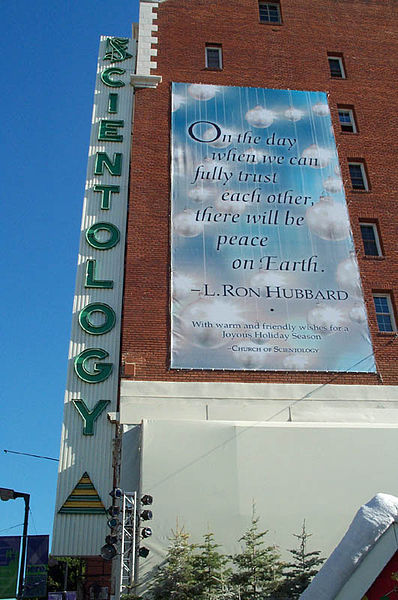