If you feel down… watch this!

Who would have thought the Russian leadership would cheer people up with their dancing? After the Pussy Riot controversy I’m sure most folk would think just the opposite, but wait, Dimitry Medvedev is a right little raver. 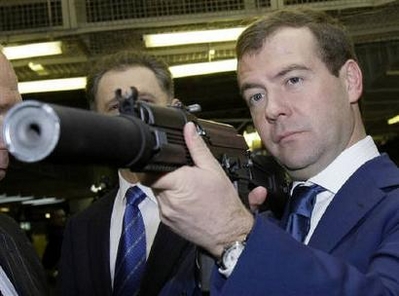 Don’t believe me? Then watch this video of Dimitry dancing. There’s also footage of a flash mob giving it large outside the Kremlin and saving the best till last, a satirical piss-take from Russian television Channel 1 which completely cracks me up.

This is big news…